After breakfast at exactly 10 we will go to the territory of Kakheti, which is located in east Georgia we will go to the city of love Sighnaghi famous establishment classic wedding palaces on the Old Italian style and the cultivation of grapes and carpet industry concerts. We will take a city tour and see the vast expanse of green space over the old castle and then will go to the best five-star tourist resort in Georgia for Lopota resort directly on the shores of Lopota Lake, Receipt of rooms – free to enjoy the resort activities – overnight time.

After eating breakfast at exactly ten o’clock in the morning we will leave Lopota resort and we drive to the north-eastern province of Kakheti specifically in the valley where the town Alazani kvareli, which is characterized by charming nature make it the most beautiful place in Georgia. We will go to Kvareli  resort on Lake Kvareli directly and receiving rooms – free time to enjoy the activities of the resort – overnight.

Free day to enjoy the various resort activities from biking or boating or swimming in the lake as enthusiasts can practice their hobby fishing favorite in the lake as well you can use or relax special fitness center at the resort swimming pool to watch the Caucasus peaks and forests.

After breakfast at exactly 10 we will leave the city of Kakheti and we will go on a trip to the caves of Vardzia built by Queen Tamara Georgian mother and then we will go to the town of Akhaltsikhe where the historic Rabat castle built by the Ottomans, which is the jewel of Georgia will take a tour of the castle and the modern princesses, in the evening, go to the hotel in Borjomi to receive the rooms – overnight.

After breakfast at exactly ten we will start our trip to the city of Borjomi, that famous for sulfurics waters and green towering mountains we will go to the national park one of Europe’s largest parks and then climb by cable car to the top of the mountain the whole city to view from the top and watch the waterfall and enjoy the swimming pools of sulfur then will turn to the licani wooded area to enjoy setting up a barbecue in nature beside the river, then back to the hotel In Borjomi – overnight.

After breakfast at exactly ten o’clock in the morning the hotel is evacuated and we will go to Batumi city. Then we will go to the hotel. We will receive the rooms for relaxation. We will start our tour from Angela Merkel Square to see the Georgian alphabet tower and the animated statue of the love story and enjoy the various sea activities. And then to show the dancing fountains then go to dinner and then return to the hotel – overnight.__

After breakfast at exactly ten in the morning we will leave the city of Kutaisi and we will go to the city (Gori), which is almost an hour away from the capital, Tbilisi, where the original home of Joseph Stalin, the Soviet army commander in World War II. We will visit the house he was born and raised in it and the train, which was used during the war and visit the Stalin Museum, which contains many personal belongings and some rare photographs. 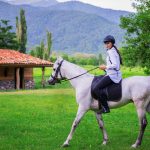 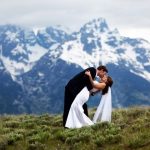 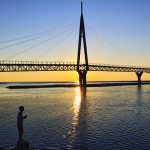 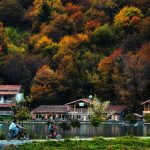 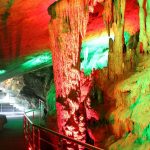 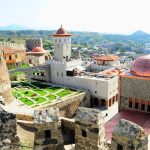