After breakfast at exactly 10 we will go to the territory of Kakheti, which is located in east Georgia we will go to the city of love Sighnaghi famous establishment classic wedding palaces on the Old Italian style and the cultivation of grapes and carpet industry concerts. We will take a city tour and see the vast expanse of green space over the old castle and then will go to the best five-star tourist resort in Georgia for Lopota resort directly on the shores of Lopota Lake, Receipt of rooms – free to enjoy the resort activities – overnight time.

After breakfast at exactly 10 we will leave the city of Kakheti and go to city of Tbilisi and then go directly to the Lake turtles ( Kostoba ) to enjoy the picturesque nature and riding rubber boats and switches in the lake and then go Vake Park, one of the most beautiful Tbilisi Gardens then one Arab restaurants or Turkish for lunch and then will go funicular highest Tbilisi Mtatsemenda areas amusement highest mountain to watch the television broadcast tower and Jurassic Park and enjoy gaming entertainment modern There is also the park some restaurants and cafes and also you can see the Tbilisi city from the top in a stunning scene in the evening and then will go to the restaurant to eat dinner and then go back to the hotel-overnight.

After breakfast at exactly ten we will start our trip to the city of Borjomi, that famous for sulfurics waters and green towering mountains we will go to the national park one of Europe’s largest parks and then climb by cable car to the top of the mountain the whole city to view from the top and watch the waterfall and enjoy the swimming pools of sulfur then will turn to the licani wooded area to enjoy setting up a barbecue in nature beside the river, in the evening, return to the hotel in the capital Tbilisi – overnight.

After breakfast at exactly ten o’clock in the morning the hotel is evacuated. Then we will go to city of (Gori), which is about an hour from the capital Tbilisi where the original home of Joseph Stalin, commander of the Soviet army in World War II, we will visit the house where he was born and raised, He used it during the war and visited the Stalin Museum, which contains many of his personal belongings and some rare pictures. Then we will cross the Mtkvari River and go to the town of ( Uplistsikhe ), which means the castle of the gods to watch his art built 1000 years ago. Mountain then Su We will go to the town of Zestafoni for food in a Turkish restaurant and then continue to the coastal city of Batumi on the Black Sea coast, 20 minutes from the Turkish-Georgian border. We will go to the hotel to receive the rooms.

After breakfast at exactly ten in the morning we will leave the city of Batumi and go to the Martvili paradise which lies approximately 50 kilometers from the city of Kutaisi second capital of Georgia to enjoy riding rubber boats in the narrow valley and the nature of the charming town Then at night we wil return to Tbilisi and then to the hotel to receive the rooms – overnight. 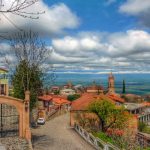 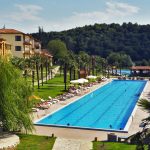 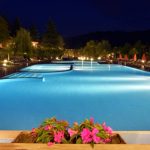 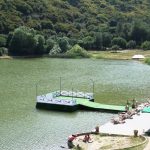 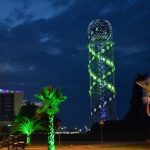 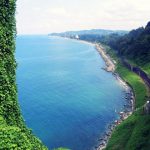 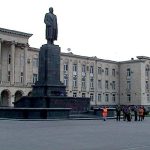 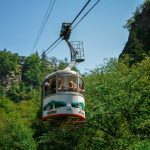 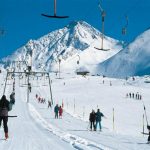 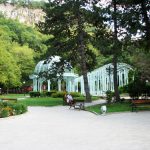 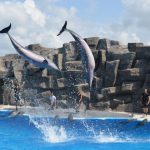 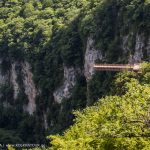 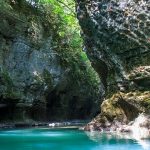 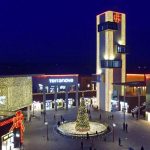 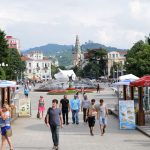 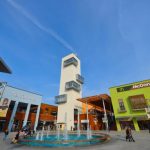