Reception by the company’s representatives in Tbilisi International Airport will then boarding the car and go to the hotel to receive the rooms. Then we will begin the first tourism tour of the Georgian National Museum and bathrooms sulfur () and then going to see a waterfall jungle bridge lovers and Tbilisi, the only mosque which was built in 2011 and then will turn to Botanical Garden Park, which is located up the mountain on a 128 thousand square meters then watch or Georgians statue then visit Nariclla old castle and then ride the cable car back down and then go to a Turkish restaurant for lunch and then return to the hotel to get some time to rest, Then will go to the famous Rustaveli Avenue, where Mall Zara shopping Opera House and the old parliament complex cinemas until reaching Freedom Square and watch the St. Mary Girgis golden statue and will then go to the park Europeans (Riga Park) to watch the dancing fountain famous and then a bridge of peace then we will go to the area that are filled with many of the restaurants and cafes on the Arab and European style then head to the restaurant for dinner and then back to the hotel – overnight.

After breakfast at exactly ten we will go to the city of Mtskheta, the old capital of Georgia, 30 minutes from the capital Tbilisi, to see the confluence of the Mtkvari and Argevi rivers from the top of Mount Jvari. Then we will go to Borjomi, that famous for sulfurics waters and green towering mountains we will go to the national park one of Europe’s largest parks and then climb by cable car to the top of the mountain the whole city to view from the top and watch the waterfall and enjoy the swimming pools of sulfur then We will turn to the licani wooded area to enjoy setting up a barbecue in nature next to the river and then continue to the coastal city of of Kutaisi, the second capital of Georgia. We will go to the hotel to receive the rooms.

After breakfast at exactly ten o’clock in the morning We will go to  go the caves Staplia and Prometheus is second-largest caves of Europe and the seed of the protection of geological excavations Organization as the most beautiful botanical monuments in the world will see him fossils and replicas of dinosaurs and also a glass bridge and visit the cave is also considered a cave Prometheus is contain on 4 different caves each cave own nature and there is the bottom of the cave lake where boarding boats out outside the cave then will go to  the, which is located in Gordi village, about 45 km from Kutaisi city. It is about 16 km long, with lots of waterfalls and green nature all around you in a wonderful scenery then return to the hotel – overnight.

After breakfast at exactly ten o’clock in the morning the hotel is evacuated and we will go to the coastal city of Batumi, which is located on the banks of the Black Sea, 20 minutes from the Turkish border. Then we will go to the hotel – Reception of rooms – overnight.

After breakfast at exactly ten in the morning we will go to the cable car and go up to the top of the mountain to see the whole city from the top after spending some time and enjoy the wonderful views will take the cable car again to return down and then we will go to the city of Aquapark for entertainment and then we will go for a food tour – Then go back to the hotel, then a free shopping tour then go to dinner and then back to the hotel – overnight.

After breakfast at exactly ten in the morning we will leave the city of Batumi and turn to the Commission which lies approximately 50 kilometers from the city of Kutaisi second capital of Georgia to enjoy riding rubber boats in the narrow valley and the nature of the charming town and then we will come back at night to the capital Tbilisi and then to the hotel to receive the rooms – overnight.

There are no reviews yet. 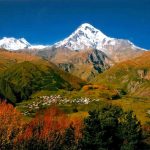 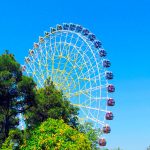 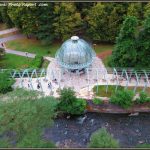 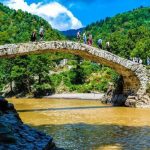 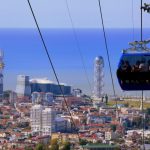 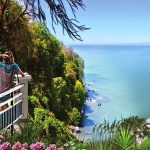 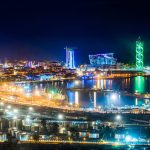 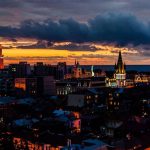 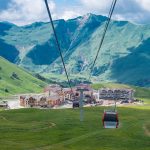